Don’t get me wrong, I love hosting get-togethers and being responsible for fun times that still come up in conversation years later. But it you’ve ever hosted a happy little shindig yourself, you can probably relate to these few occurrences that are guaranteed to happen and will most likely throw off your beaming confidence, at least a little bit.

People breaking up into groups

The first few people to show up will stick together, but once more guests flow in, everyone flocks to those they’re most familiar and comfortable with. It makes sense, but this always has me wondering how to get the group sitting at the table, the clan standing near the barbecue, and the tipsy ones laughing at the bar all together. That amazing solution, whatever it may be, would also save you from jumping from one group to the next.

The one shy person clinging to their phone 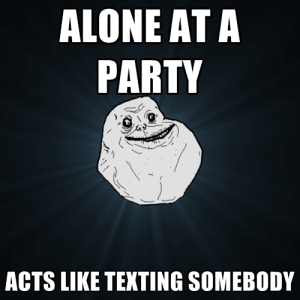 You’ll get one of these every so often: the person who looks miserable standing alone pretending to text that needs a little kick to get going. Make sure to introduce a newcomer or outsider to the already existing groups of cool peeps. Sometimes this just goes awkward, sometimes it works. It’s worth a shot. This person will be the first to leave, but at least they came out for a little while, right? Yes but they still made you feel like a terrible host.

Wondering if people are having fun 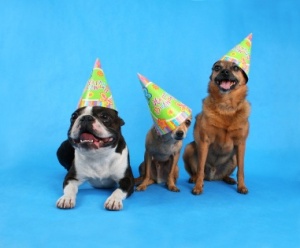 As the night goes on, people will grow tired, but might feel rude if they think they’re leaving too early. Instead they’ll just zone out and become less talkative. Yeah, that’s always not cool. This will make the host freak the heck out and have them wondering if the party’s going stale. Going home if you’re tired is always better and safer instead of sitting around like a statue glued to a chair with a smile plastered on your face. Or maybe your party was just that lifeless.

The person who stays too late

There comes a time when your energy will fizzle out. Every once in a while you’ll get that unfortunate being who is hyper-energized with no sense of time. If they don’t catch onto your sleepy body language, ask them to help you clean up or something. If this doesn’t work, come out and say it. Thanks for coming but I need my beauty sleep.